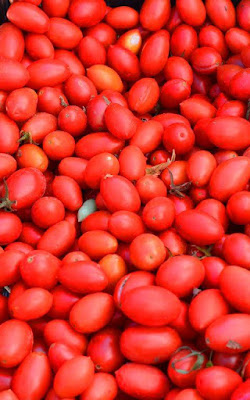 There is a new "organic" fertilizer in town that is promoted by municipalities across the country for use by school gardens, green areas, local farms and home gardens - it is extolled as being both safe, organic and affordable. It is called "Biosolids."

While the name Biosolids may sound like a 21st. century newbe, the reality is the fertilizer itself, was foisted upon the American gardener over thirty years ago by the EPA (Environmental Protection Agency).

﻿HUMAN WASTE FOR YOUR VEGGIES!
﻿
Biosolids organic fertilizer is nothing more than sewerage treatment sludge dried and somewhat sanitized  and is today agressively promoted for use by commercial farmers and home gardeners and municipalities throughout the country! Biosolids is little more than toxic sludge!

The ORGANIC CONSUMERS ASSOCIATION is fighting the use of Biosolids  especially in California, a strategic battleground state and America's breadbasket of commercial farms. This is what they have to say about it:

San Francisco public officials have helped the toxic sludge industry score a major victory in the Bay Area, where they've been able to convince hundreds of regional (non-organic) farmers to spread the hazardous material on farm land and pasture, and have actually been able to get city residents to take hundreds of thousands of pounds of toxic sludge and spread it over their backyard and community gardens.

San Francisco is a strategic battleground to stop the sludge industry from poisoning more farms and communities. In 1998 the organic community rose up and banned the use of sewage sludge in organic farming. Now it's time to ban its use on farms, gardens, lawns, and land in general. California proposition 65 (P65) requires the listing of chemicals known to cause cancer or reproductive toxicity. Chemicals known to the SFPUC that are in San Francisco sewage sludge that are also found on the California P65 list include: Mercury - Molybdenum - Cobalt - Antimony Chromium - Dibenzofurans - Naphthalene - 1,2-Dibromo-3-Chloropropane (Dbcp) - Di (2-Ethylhexyl) Phthalate (Dehp) - Tcdd Equivalents (Dioxins) Such As Octachlorodibenzo-P-Dioxins (Ocdd)